Contrary to common belief the 6,5×55 was not developed by Mauser, but was constructed by a joint Norwegian and Swedish military commission and introduced as the standard military cartridge in both countries in 1894. It has proven itself an extremely effective all-round cartridge ever since. More than a hundred years after its introduction it is still the standard round for competition shooting and one of the most popular hunting cartridges in all the three Scandinavian countries. Having downed a dozen moose, more than 50 caribou and three times as many roe deer with the 6,5×55 it remains my all time favorite choice for mixed European hunting.

The reasons are obvious. The moderate velocity and the long bullet combine a mild recoil and very deep penetration – decisive factors for good shooting and a quick kill – and thereby a successful hunt.

With properly constructed bullets it is considered adequate for all game from black cocks to moose. This is well documented by the fact that every season tens of thousands of moose are killed with the 6,5×55 in Norway and Sweden.

The roe is the most common deer in Europe. It only weighs up around 70 pounds and a 140 grain bullet with a moderate load is a very good choice for instant kill with minimum meat damage. The same goes for whitetails and caribou too, although the velocity here can safely be raised if a flatter trajectory is wanted. For moose the most popular choice is the heavier bullets (140 – 160 grains) at maximum velocity. Black cocks and Capercailzie are shot at ranges often exceeding 200 yards and here a 100 – 120 grain bullet is preferable in order to get the flattest possible trajectory. 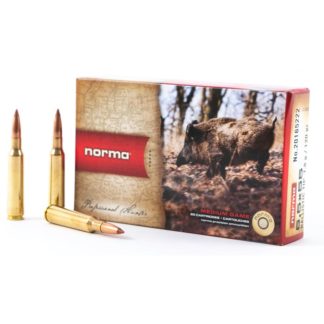