For hunting edible birds and fox the full metal jacketed bullets will do a much better job than the equivalent bullets in .22-calibre does.
Box of 20
Part no: 20160352
Nov 20

DO NOT PARK IN THE SPACES IN THE ADJACENT  OLD BREWERY/PILL HARDWARE CAR PARK!  THERE ARE CAMERAS AND YOU MAY  RECEIVE A CHARGE IN THE POST!! 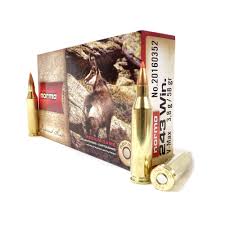