This 150 grain bullet has a large following in rifle silhouette competition, especially for the first three banks, chickens, pigs and turkeys. This bullet also has a loyal following in Hunter Benchrest target shooting.

In handguns, this bullet has been used widely for handgun silhouettes and other target competitions. They deliver outstanding accuracy, high momentum downrange, and low sensitivity to crosswinds. 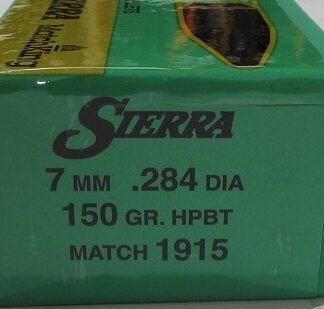