This 8mm MatchKing® was added to Sierra’s line in 2002. It provides European shooters with a world-class target bullet for this traditional and popular European calibre, and it fills a void for American shooters who favour cartridges in this calibre, such as the 8mm Remington Magnum and 8 x 57mm. 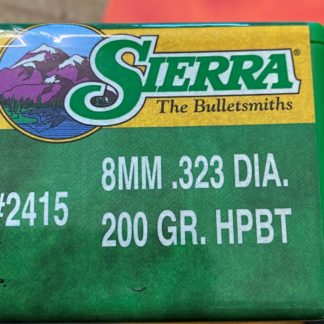